It’s Pumpkin Spice season at *%&bucks, and this grad student is quickly realizing that my budget just doesn’t stretch to include lattes on a weekly basis.  This week I did some internet sleuthing and came up with a couple of knock-off recipes for the famous pumpkin spice latte syrup that you can’t buy unless it’s on the black market (evidently, employees have been known to steal the syrup and sell it on E-bay at exorbitant prices because it is just that good). Anyhow, I’ve made a little extra time this week to experiment with recipes, and I’d say it was definitely worth putting off my thesis for another afternoon.  The pumpkin and spices make it slightly thick and a little gritty (not like the crystal clear syrups you can buy at the store), which I don’t mind at all – it gives the latte a little body.  If you’re not such a fan, though, you can strain it through cheesecloth.

This homemade syrup didn’t take long at all, cost less than $2, and made enough syrup to last for a month, at least.  What’s not to like?

Combine spices, sugar, and water in saucepan.  Cook over medium until sugar is dissolved.  Whisk in pumpkin, stirring until smooth.  Cook 5-10 minutes (the longer you cook it the more saturated the flavor of the spices, so I cooked mine for closer to 10) over low heat without bringing to a boil.  Remove from heat and cool.  Remove cinnamon sticks and ginger pieces, and pour into a jar or other container.   2 tablespoons of this syrup plus a shot of espresso and some heated milk is a great way to kick off the morning! According to the websites I read, this should keep for quite a while in the fridge, although I’m not sure how long.  I’m pretty sure mine will be gone long before it starts to go weird. 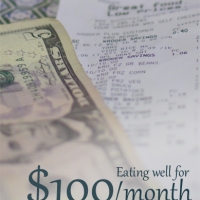 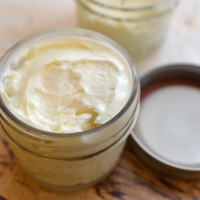 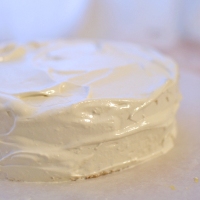